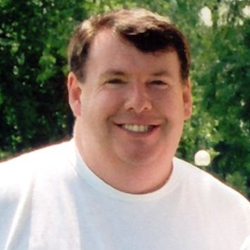 My love for Sauce and Kectups started when I was in high school. Whenever the family make Chili Mix, I was the one who did the particepation in making it. While in college, I was always found of making sauce. If the weather was nice..

After graduating, I stepped up and bought a Big Jalapeno ketchup. That was when I became heavily involved with making Sauce and Kectups. I love BBQ Sauce, but could never find a Kectups that I really liked. So I made my own. Over the years I've tweaked it until I got it just right. Then I turned to sauces. Again a lot of the commercial sauces were just plain terrible. So I made my own. I went through the same process with the sauces that I did with the rubs. My flavors are unique. I don't want to compared to someone elses or attempt a knock off of whats current at the moment. My Kectups and sauces are old school. They'll take you back to a time when BBQ was BBQ. The way it was meant to be.

Look for our Lowcountry Boil and our Bloody Mary Mix coming soon!